Commercial Progression presents Hooked on Drupal, “Episode 13: Future Predictions of Drupal, Technology, and Powerball Winners".  That's right, you heard it here first folks, someone has already won the Powerball. Ok, so maybe that is old news... but what about the future of Decoupled Drupal website architecture, Static Site Generators, and the next revolution in IOT technology? To receive these clairvoyant predictions along with many important highlights from 2015, you will need to tune into the future with our latest podcast.

Drupal 8 is out and running for 2016, and the Commercial Progression team has already started on their first Drupal 8 projects. We take a moment to consider the trends for adoption in 2016 from the Drupal 8 development community. With the end of life for Drupal 6 announced, decisions will need to be made. Will Drupal 8 prove to be the platform of choice this year for new projects, or will Drupal 7 websites remain dominant as a proven platform?

2015 was a whirlwind year for technology, web development, and Drupal. With the launch of Drupal 8, we take a moment to speculate on the trends already developing for 2016. Discussions of decoupled Drupal architecture are certainly in the air after Dries' blog post on decoupled Drupal deployments in 2015. What are the advantages and disadvantages of such a setup as opposed to a traditional Drupal deployment? Will the new decoupled architecture be built on React of Angular?

Another somewhat surprising development came on the scene in 2015 that seems to have a strong trajectory for 2016, static site generators. Open source web development technology is not limited to the CMS. A new breed of website creation tools like Jekyll and Middleman are gaining popularity as easy to use tools for quickly creating responsive websites. The modern open source CMS comes with many advantages, but one downside is the need for steadfast vigilance on security and updates. The brochure site may be a good candidate for a static site generator vs the full on CMS build with their long term security concerns. Right now, there are over 400 static site generators available... which ones will win out in 2016? Brad Czerniak boldly predicts...

The Internet of Things

We predict IOT will continue to be a hot topic of growth in the technology space for 2016. Install your Nest, automate your kitchen appliances, and bring IP connectivity to every object in your home. But be safe, someone could hack your light bulb and infiltrate your home network to spy on your dishwasher.

2015 was an exciting year of developments for Commercial Progression; new clients, website launches, team members, and office locations. Our work with the University of Michigan continued with fresh launches of Drupal websites for the School of Kinesiology, the MCubed 2.0 Funding Portal, and the Ross School of Business. We relaunched the Detroit Zoological Society's website on a responsive Drupal platform and picked up the support and maintenance needs for the National Council of Nonprofits. Dave DeLoria joined Commercial Progression's project management team in Northville and Andy Blanchard left to launch the Grand Rapids Michigan office.

Extra bonus... study up on your Street Fighter (Shoryuken) versioning, there will be a quiz next year as to which characters were featured in the Street Fighter ultimate alpha redux infinity 3 pro edition. Crock pot Thursday recipes, cool external thunderbolt GPU... ok, that's enough. 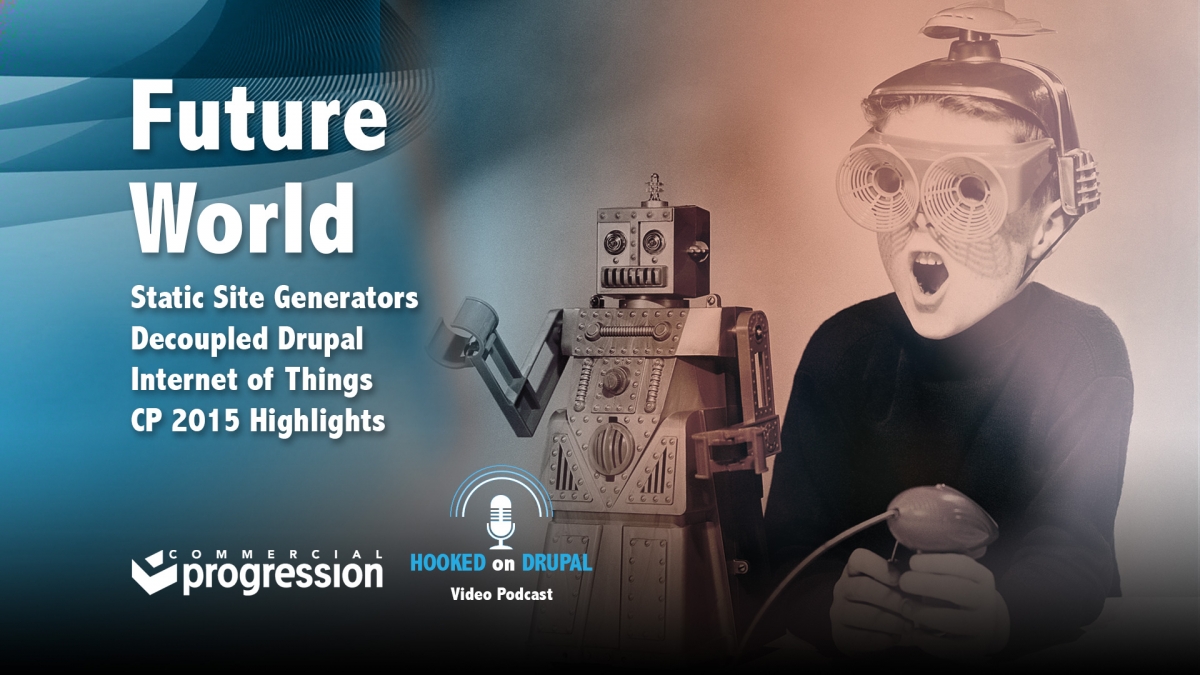